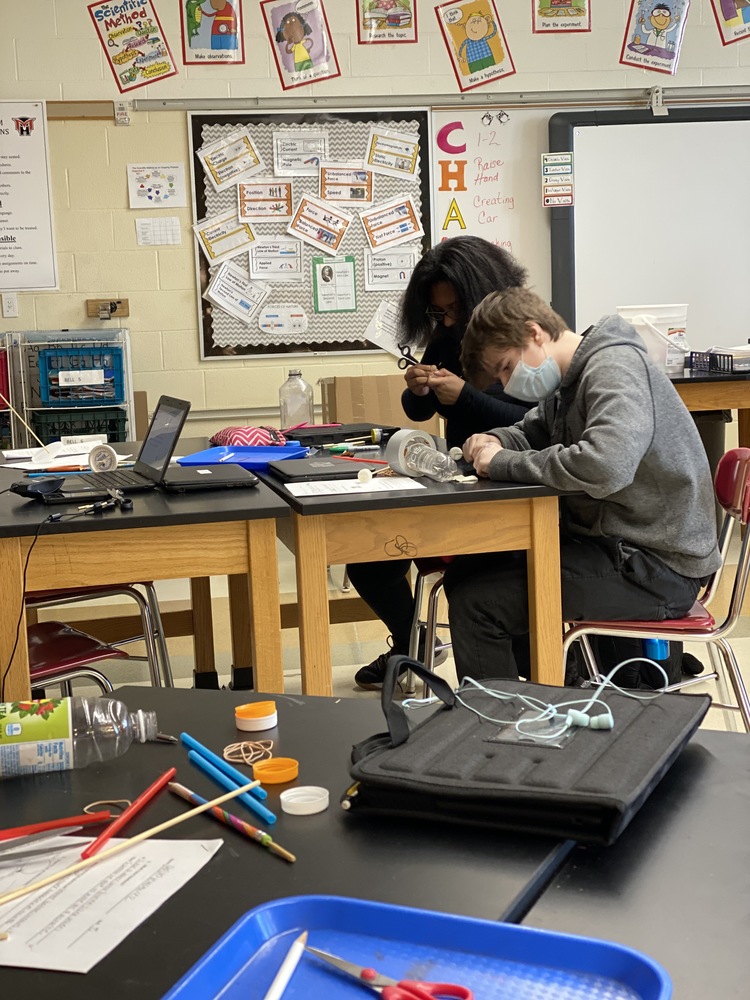 Mt. Healthy Junior High students developed cars in Science classes that reflected Newton’s three laws, Law of Inertia, Law of Mass and Acceleration, and the Law of Motion. The students used everyday items like plastic bottles, plastic caps, pencils, straws, and more to create the body, wheels, and axal of a car. Students used an air-filled balloon, attached to a straw, as the force (Newton's 3rd Law) to move the car. Newton's 2nd law (Law of Acceleration) was applied when the car moved across the classroom floor. Then Newton's first law (Law of Inertia) was noted when the car was placed at the starting line or while moving and the friction from the floor caused the motion of the car to stop.