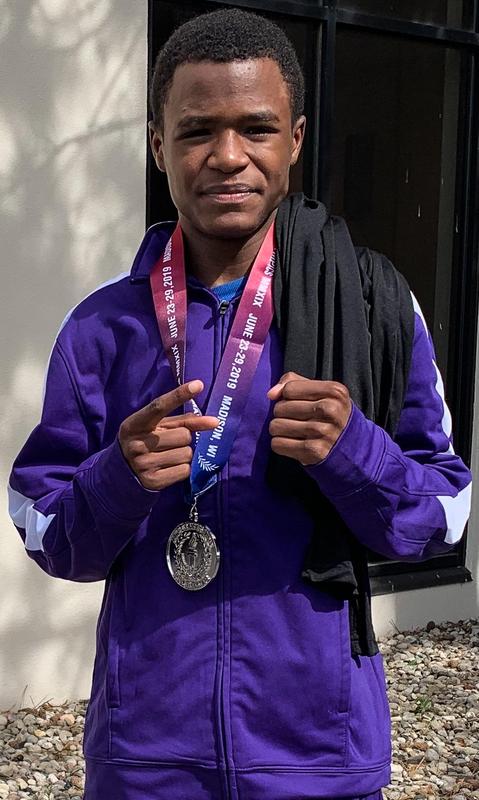 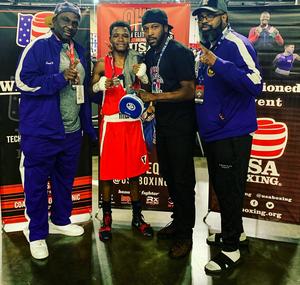 Tione Thomas heads to Louisiana on Saturday for his third title in Jr. Olympics Boxing. The Mt. Healthy Junior High School student is currently ranked first in the country of USA Boxing Intermediate Division (14-15 year olds) at 106 lbs. He won two silver medals this year, one at the 2019 USA Boxing National Junior Olympics in Madison, WI, in June and the other in October at the 2019 USA Boxing Eastern Qualifier in Columbus, OH. In addition to being an excellent boxer with an unbeatable work ethic, Tione is also a good student and a role model. He is a strong leader for his teammates based on his character, attitude and mindset. While his six years of boxing, training with Cincinnati Golden Gloves, and two silver medals have brought him this far, Tione has eyes on a bigger prize with a possible career in engineering and future in boxing. He is a motivated student who keeps a level head in the classroom and his focus on academics. However, in the ring, his eyes are focused on gold.

Tione is one of three Cincinnati Golden Gloves boxers who will compete in Louisiana in the 2019 USA Boxing Olympic Trials/National Championships. This incredible opportunity allows Tione to compete on a larger stage with the Olympic trials also held consecutively. The USA Boxing team chooses boxers who rank first and second in their classes to become part of the national team, which allows them to compete nationally and internationally.

Cincinnati Golden Gloves is a FREE boxing/development program for boys & girls ages 6 & up and located at the OTR Boxing Center located at 1715 Republic Street (next door to the OTR Recreation Center).